The normal function of motor vehicles is for transportation but when motor vehicle accidents occur because of an intoxicated driver, that intoxicated driver’s vehicle can be viewed as a weapon. You are likely to face severe charges if you are accused of using your vehicle as a weapon. People accused of reckless driving that resulted in serious bodily harm, intoxication assault, aggravated assault, and similar charges, should seek the help of an experienced criminal defense trial lawyer.

Vehicular assault is not an actual offense in Texas. The term is often used generally to refer to intoxication assault or aggravated assault that is committed by a driver operating a vehicle.

What Is Intoxication Assault?

People that drive while under the influence of alcohol or drugs and end up causing an accident where other people get seriously injured, can be charged with DWI and intoxication assault.  The Texas Penal Code Section 1.07(a) (46) describes the term  “serious bodily” injury as:

“bodily injury that creates a substantial risk of death or that causes death, serious permanent disfigurement, or protracted loss or impairment of the function of any bodily member or organ.”

Drivers that are convicted of intoxication assault face a third-degree felony that comes with two to ten years in prison and a substantial fine.

What is Aggravated Assault?

Aggravated Assault With A Motor Vehicle 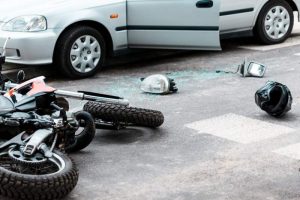 People who cause serious bodily injury to another person using a deadly weapon have committed a first-degree felony.

How Reckless Driving Is Related To Serious Bodily Injury

To face charges related to vehicular assault there must be evidence that you were driving recklessly and that resulted in serious bodily injury to another person. Reckless driving is defined by the law as driving carelessly without thinking about the safety of people or property. Reckless driving is a misdemeanor.

Reckless driving law also applies in some private properties where people can freely access such as parking lots and shopping centers. To prove that you were driving carelessly, the prosecutor only has to show that:

Can You Challenge Blood Tests?

What Is Vehicular Assault In TX

Yes, you can challenge blood tests based on how the blood sample was handled and the results of the test.  You have to consent to a blood sample being taken but police can get a warrant if you do not give consent. Any test results from a blood sample that was taken without your consent or warrant can be thrown out by a judge.

Handling of the blood sample should also be done correctly. Mislabeling your blood sample or contaminating a sample can also lead to the evidence not being accepted by the judge. These are just a few ways your lawyer can challenge blood tests.