You often see fictional cops on television read the Miranda warning every time they arrest someone. The Miranda warning informs the person being arrested of their right to a lawyer and right to avoid self-incrimination and so on. However, in real life, police officers do not have to read a Miranda warning when they pull you over for DWI in Texas. They are only required to give a Miranda warning if they put you in police custody and intend to interrogate you. You should ask to consult a DWI lawyer before performing sobriety tests or before answering any questions. A trusted experienced lawyer can give you additional information regarding miranda rights Texas.

What Is A Miranda Warning?

Do Cops Have To Read Miranda Rights

A Miranda warning is the warning that must be read to a person at the time of arrest or read after the person is taken into custody for a DWI offense, DUI offense or any other offense. The terminology used in a Miranda warning varies depending on jurisdiction but the basic Miranda warning verbiage is:

If a police officer fails to give a Miranda warning before an interrogation, all the evidence collected during that interrogation will be inadmissible in court. But if you give information voluntarily without compulsion or persuasion then that statement or information can be used against you in court even if you were not read your Miranda rights. For example, if you are pulled over on suspicion of Driving While Intoxicated, anything you say before your arrest will be recorded in an arrest report and will be used in a court of law.

What Constitutes Being In Custody

What Are The Miranda Warnings 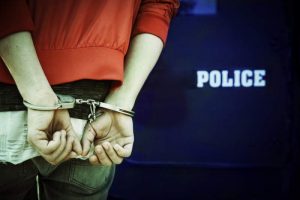 When A Police Officer Has To Read A Miranda Warning

A police officer has to Mirandize you if they arrest or detain you. They may try to trick you by making you think they are simply having a conversation but they are actually trying to make you offer information voluntarily. You should also stay silent when riding in a police car because they usually record people that they are taking to jail. Fortunately, you are not required by law to speak to the police. You can ask for a lawyer to do that for you. But the police do not need to Mirandize when they ask for your biographical information after arresting you. Biographical information includes information such as your name or address.

Find A Texas DWI Attorney Nearby