Motion To Suppress DUI In Texas

Sometimes a police officer may rush to judgment and mistake your alcohol consumption for intoxication. Just because you consumed an alcoholic beverage before driving does not mean you have broken the law. You may only be in trouble if you consume so much alcohol that your normal mental and physical faculties are impaired.

This impairment is what makes you a real risk on the road. An experienced DWI lawyer can tell you more about motion to suppress DWI in Texas.

What Is A Motion To Suppress

Most of the tools police officers use to detect impairment are not accurate or are faulty.  These tools make you look impaired even when you are very much in control of your faculties and sober.  Sometimes they do not use the tools properly or are not aware of the signs they should be looking for to determine whether a person is impaired or not.

If they make a mistake during your DWI arrest, your lawyer can ask for some evidence to be suppressed or thrown out by a motion to the court. Evidence that can be suppressed includes sobriety tests, blood tests, breath tests, statements, illegal stops, intoxication assault, and more.  The more evidence that is suppressed the higher the likelihood of you winning the case. Talk to a nearby trusted lawyer to learn more about DWI dismissals.

What Does A Motion To Suppress Mean? 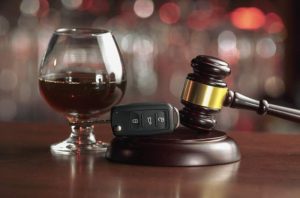 Texas, like all the other states in the nation, follows the “exclusionary rule”. The exclusionary rule prevents evidence that is obtained illegally from being used by the state to argue a case against the accused person. Defense lawyers use this rule as a tool to challenge the legality of the methods police officers used to gather evidence in your case.

The state is left with little to no evidence to support their DWI case against you once a motion to suppress is granted. With no evidence, the case is most likely going to be dismissed or if they have little evidence, the state finds it difficult to prove their case before a jury.

Your DWI lawyer can weaken any remaining witness and make it harder for the state to prove beyond a reasonable doubt.

What Does Motion To Suppress Hearing Mean

Your lawyer is likely to use a motion to suppress as a strategy if it can help exclude incriminating evidence against you at trial.

Find TX DWI Lawyers Near Me