Driving With Closed Alcohol In Car

If You Are Found With An Open Container Of Alcohol

These charges are based on the open container law in Texas. Just like all laws, there are instances where you may not get charged for having an open container in your vehicle. Get in touch with a DWI attorney to get details on what the laws are in your jurisdiction. 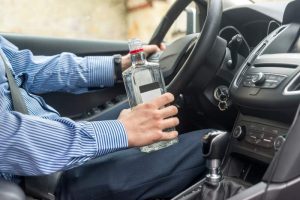 Texas has had a problem with drunk driving accidents in the last few decades, which should explain why the state has some of the strictest drunk driving laws in the nation. That is why a police officer will issue a written citation and a notice to appear in court if they find an open container in your vehicle during a routine stop. Follow this advice if you happen to be pulled over.

Some people ignore these citations but that is risky because the open container misdemeanor can lead to a serious DWI investigation.  It is also possible to be charged for DWI and for having an open container in your vehicle.  This makes your case even harder to win.

Remember that a conviction for having an open container will be included in your record. But in some situations, you can have convictions expunged from your records.

What Is An Open Container Offense?

How To Get Open Container Off Record In TX

“Open container” means a bottle, can, or other receptacle that contains any amount of alcoholic beverage and that is open, that has been opened, that has a broken seal, or the contents of which are partially removed.”

Since Texas law considers an open container as a Class C misdemeanor or a traffic ticket, many people assume that an open container charge is not that serious.  But that is only true if you are not committing any other crime and your blood alcohol content is below .08% when you are pulled over.  Additionally, just having an open container offense in your record could affect financial aid for students, college admissions, employment, and more.

But the prosecution has to prove that you knowingly placed or had an open container in the passenger area of your vehicle where you are driving or have parked.  Each alcoholic container with a broken seal found in your vehicle leads to a citation. For example, four open bottles lead to four citations.

Can A Passenger Drink In A Car In Texas

The main terms used when discussing the open container law include:

Find A Houston DWI Attorney Near Me