What To Do After An Intoxication Assault Charge

If you or a loved one was arrested and charged with intoxication assault, you need to hire an experienced accident lawyer as soon as possible to help you. A skilled and Board Certified DWI lawyer is likely to work with an accident reconstruction team to look for favorable evidence that may help your case. Since they need to get to the scene of the accident when the evidence is still fresh, you need to call your lawyer almost immediately after the accident.

The government won’t waste any time building their case against you or a loved one after an accident so don’t hesitate to get legal representation as soon as you can.

Why You Should Take The Charges Seriously

TX Intoxication Assault With A Vehicle 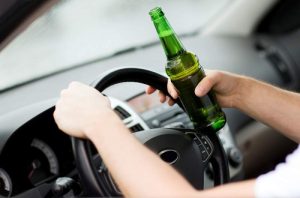 Any charges involving drinking and driving have the potential consequences to affect your future. You should take them seriously if:

Some people have avoided DWI charges by simply refusing to take a breathalyzer test, but doing this can lead to authorities suspending your driving license. Your DWI attorney can use evidence gathered to build a solid defense on your behalf.

Is DWI Just Another Term For Intoxication Assault?

A DWI charge and Intoxication Assault charge are separate charges that come with different penalties. But both charges require four elements to be proven for a conviction:

However, Intoxicated Assault also requires the prosecution side to prove that other people sustained serious bodily injury as a direct result of the accident caused by the defendant.

Assaulting Someone While You Are Under The Influence Of

According to Texas Penal Code Section 49.07, Intoxication assault is when a person drives a motor vehicle on a public road while impaired and ends up causing an accident that leads to serious bodily injury to another person. Serious bodily injury means “injury that creates a substantial risk of death or that causes serious permanent disfigurement or protracted loss or impairment of the function of any bodily member or organ. “

You will face an Intoxication Assault charge whether or not the accident was intentional or happened by mistake. Remember that intoxication assault is a Third-Degree Felony but in some cases, this charge can be enhanced depending on the severity of the injury and the person who was injured.

Find A Texas DWI Lawyer Nearby